Carriage restoration is an expensive business and the LNERCA as a charity relies on donations and grants to fund its many projects. To supplement this income we have a small but growing list of sales items available online. Postage and packing is charged at £2.00 per order.

We are developing our web shop facilities and no longer use PayPal. Until the new shop is up and running: 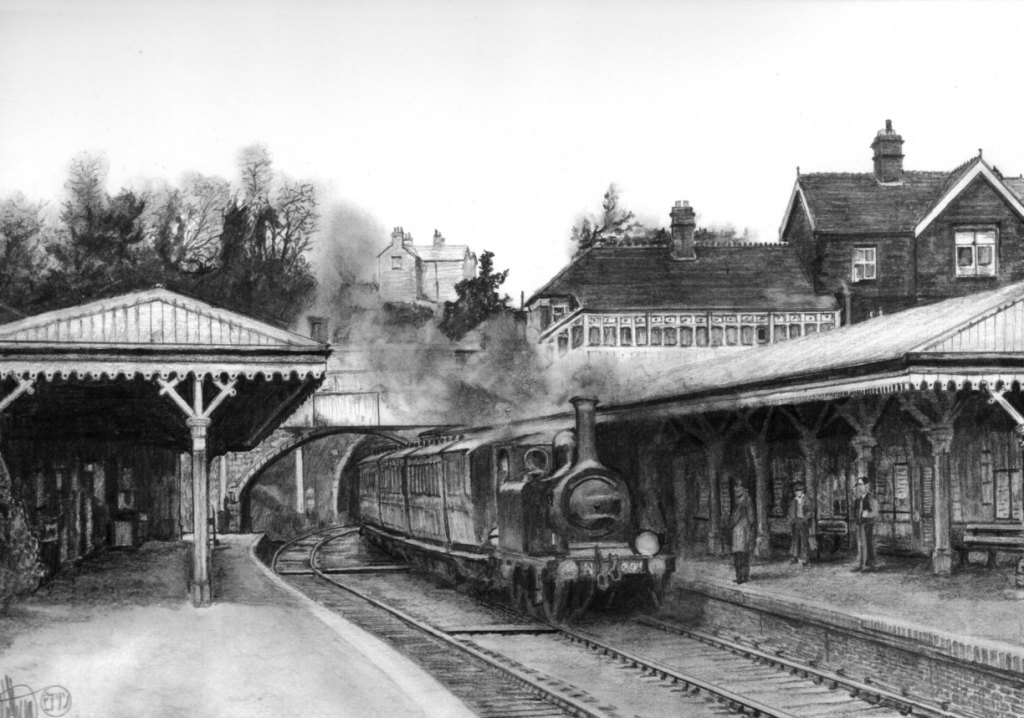 These greetings cards are blank inside to enable your own message to be written. Heathfield on the LBSC Railway by Malcolm Peirson are A5 size at £5 for a pack of four. 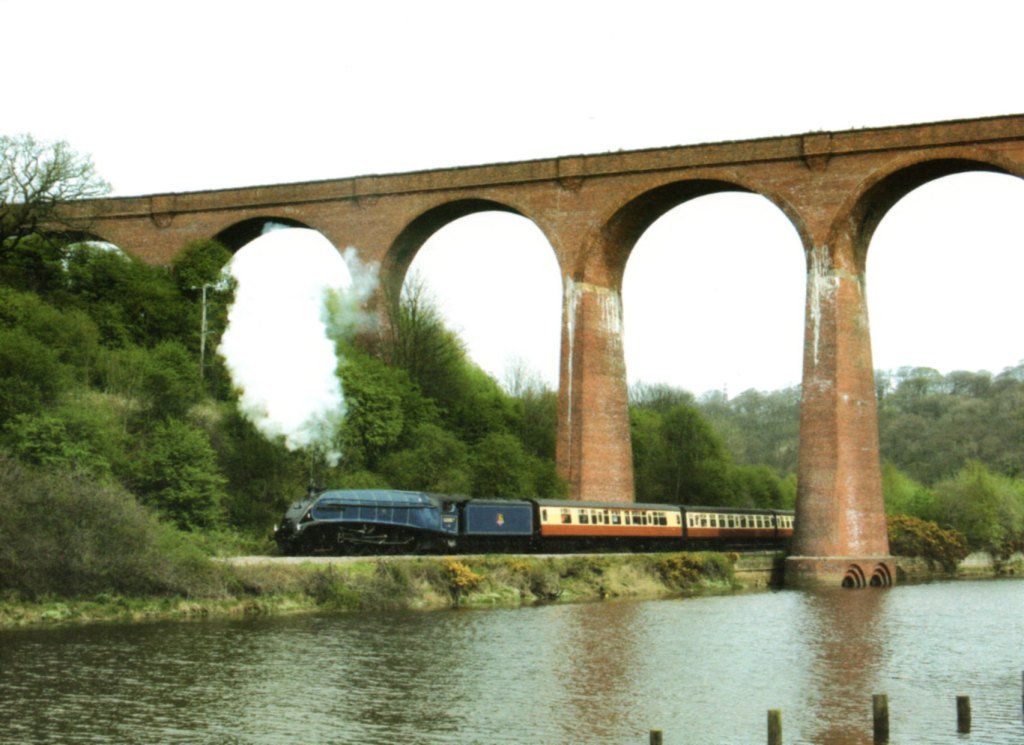 These greetings cards are blank inside to enable your own message to be written. Sir Nigel Gresley under the Larpool viaduct at Whitby are A6 size at £4 for a pack of four. 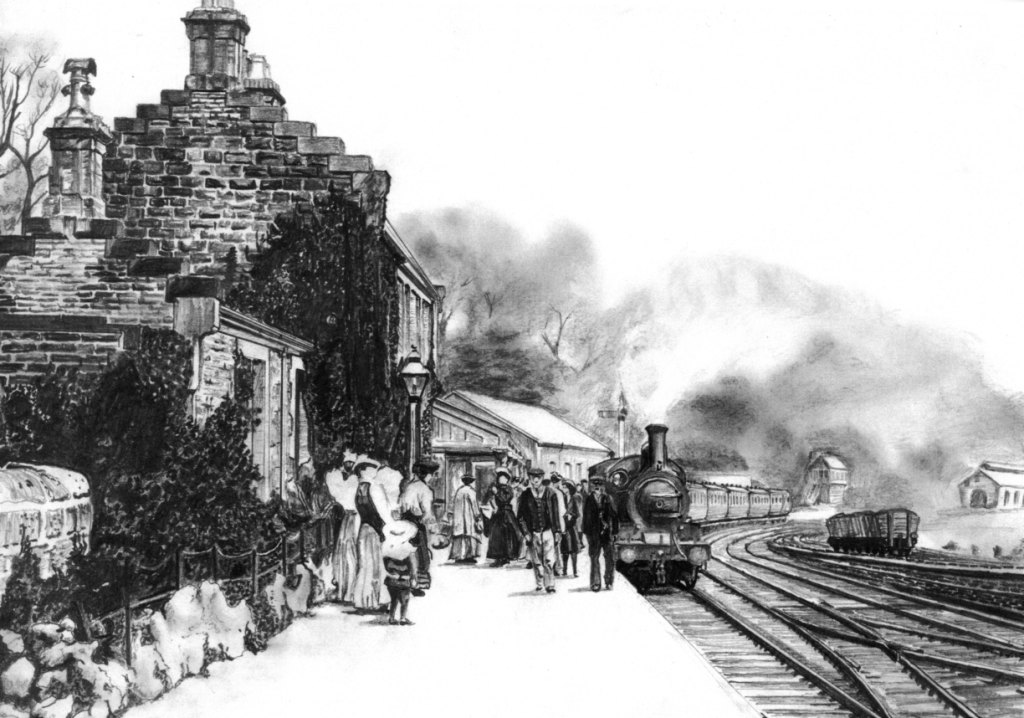 These greetings cards are blank inside to enable your own message to be written. Pateley Bridge on the NER by Malcolm Peirson are A5 size at £5 for a pack of four. 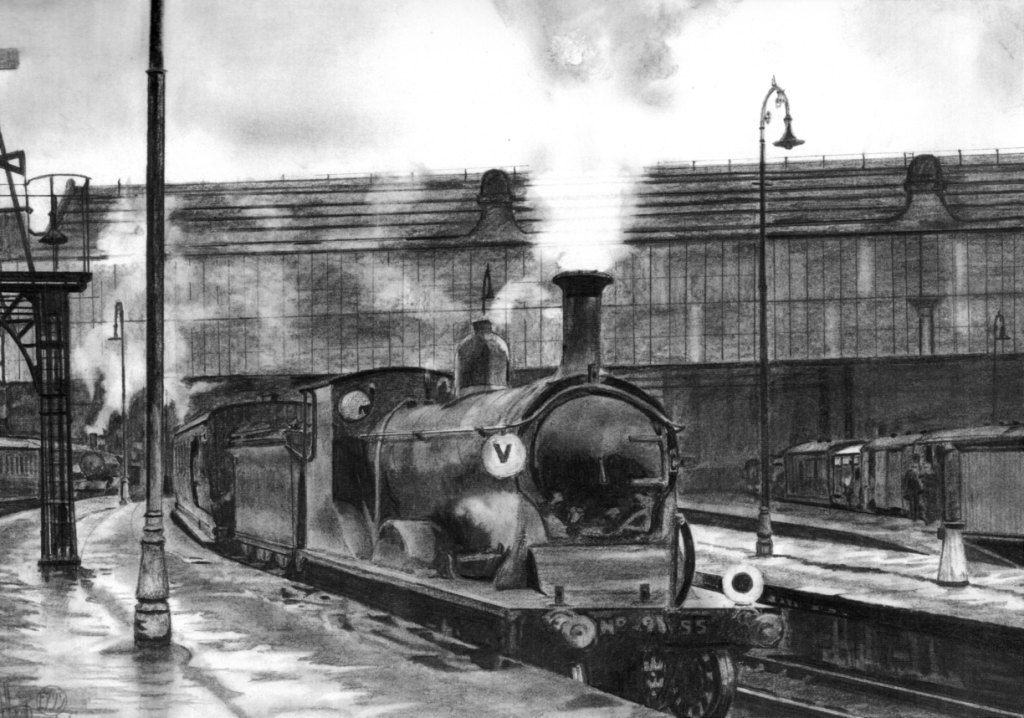 These greetings cards are blank inside to enable your own message to be written. Waterloo LSWR by Malcolm Peirson are A5 size at £5 for a pack of four. 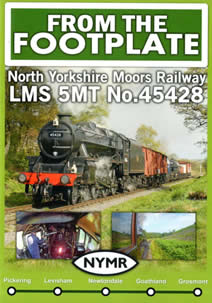 This DVD features LMS 5MT No. 45428 ‘Eric Treacy’ in action on the North Yorkshire Moors Railway, but filmed from a different perspective. With the locomotive turned to face north for the main 2019 season, join the crew as they tackle the gradients of the NYMR. Cameras were attached to the locomotive located on the footplate, the driver’s and fireman’s side of the cab, on the motion and on the front lamp bracket. Various lineside locations are also included.
Running time approx 73 minutes. 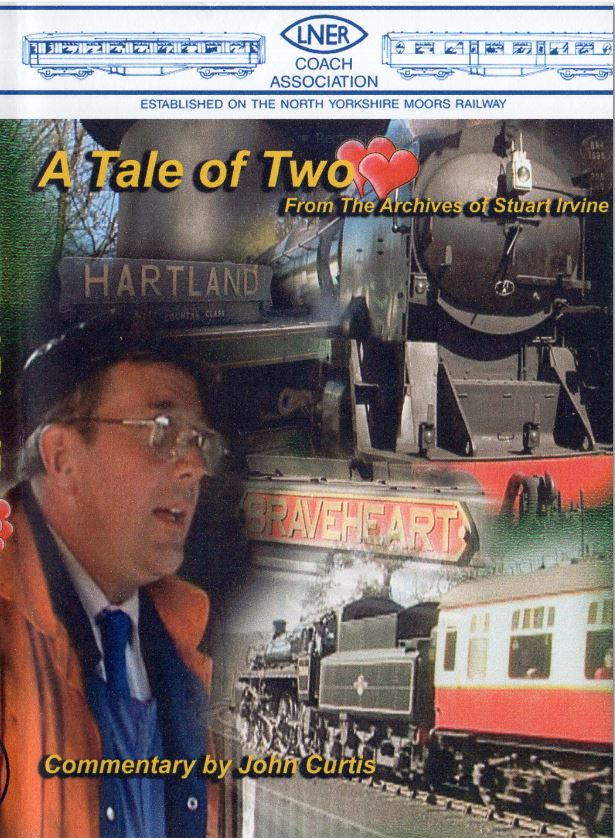 From material by Stuart Irvine this DVD features a spring 2001 journey from Pickering to Grosmont and return behind locomotive number 75014 Braveheart and locomotive number 34101 Hartland. An introduction to the sites and sights of the NYMR.
55 minutes. 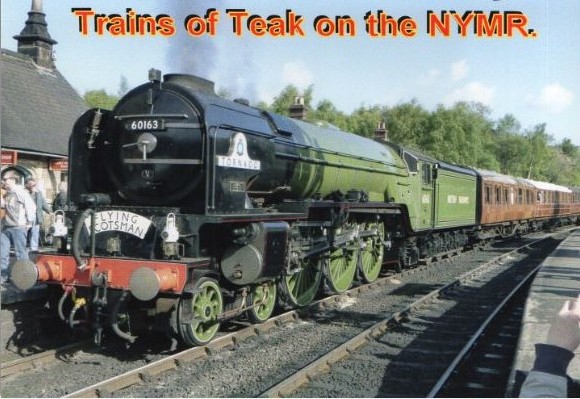 This DVD has been specially edited for the LNER Coach association by Paul Butler. Footage is taken from the following events filmed by Paul. 2008 LNER Festival Gala, Autumn Gala, Vintage Vehicle Gala and Wartime Gala, 2009 Spring, Autumn and Wartime Gala’s. 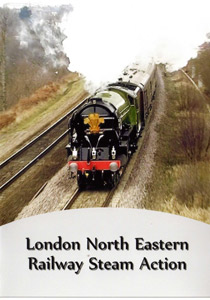 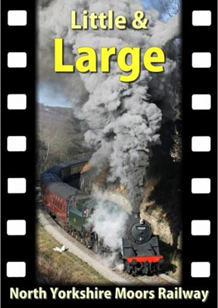 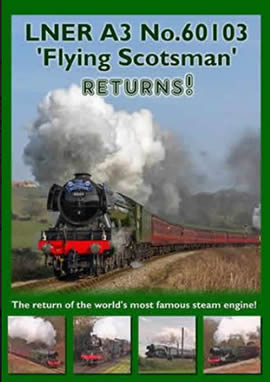 After a prolonged and much talked about overhaul the world famous Flying Scotsman successfully returned to action in 2016.

Crowds have flocked to see Flying Scotsman in action on preserved railways and on the main line, and this DVD records the locomotive in action during 2016 at various locations around the country. 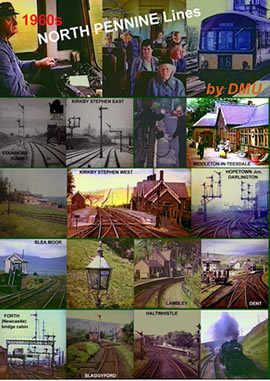 Filmed in the early to mid 1960’s on the introduction into service of the new Diesel Multiple Units, this DVD features lines which have either changed due to loss of services or facilities such as the Settle to Carlisle line filmed in 1967 or closed completely such as the route over Stainmore, the highest through route in England, or the Alston branch. The original 8mm silent film has had a commentary added but no faked sound.

Filmed and produced by Alan Snowdon proceeds from this DVD are divided between the LNER Coach Association and Reigate and Redhill Live at Home Scheme (charity no. 1083995) supporting elderly people living in their own homes. 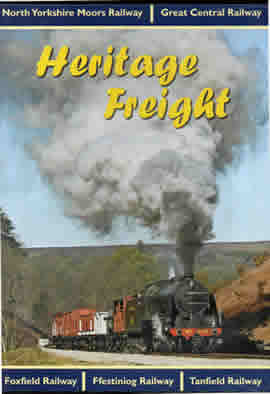 Until the middle years of the twentieth century freight and mineral traffic was the main source of revenue for most railways. A gradual decline, interrupted by heavy traffic during WW2 led to a rapid collapse in freight traffic as road haulage took over. Many heritage railways operate freight trains during special events to recreate the days when almost everything was moved by rail. The scenes in this DVD were filmed during 2011 to 2014. 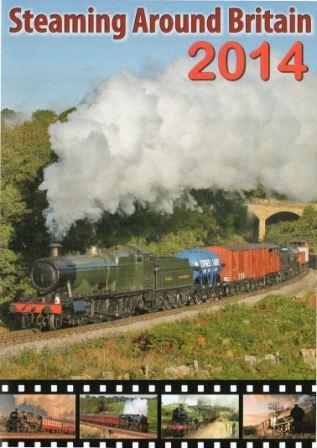 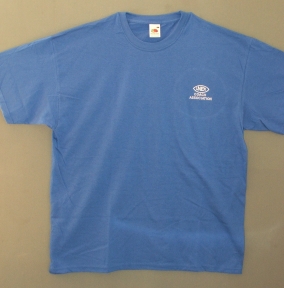 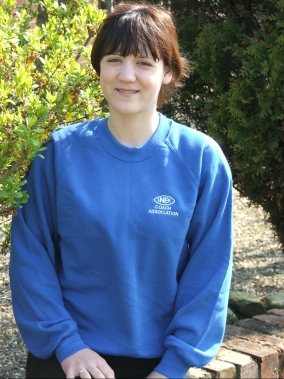 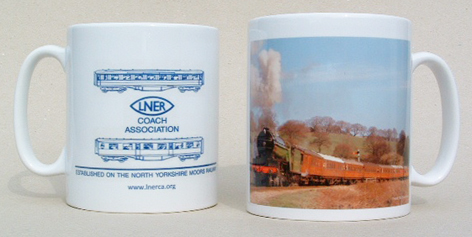 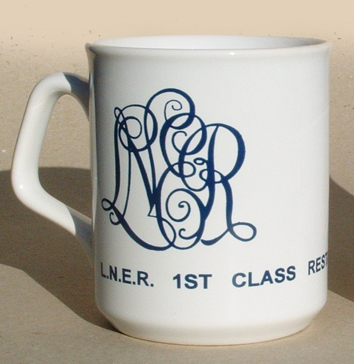 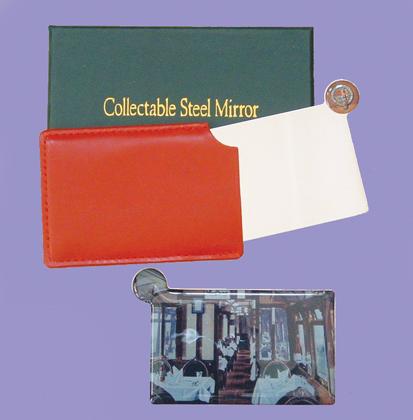 Stainless Steel lady’s pocket mirror with colour post card view on rear of interior as ECJS Diner No 189 will be restored to – £9.50 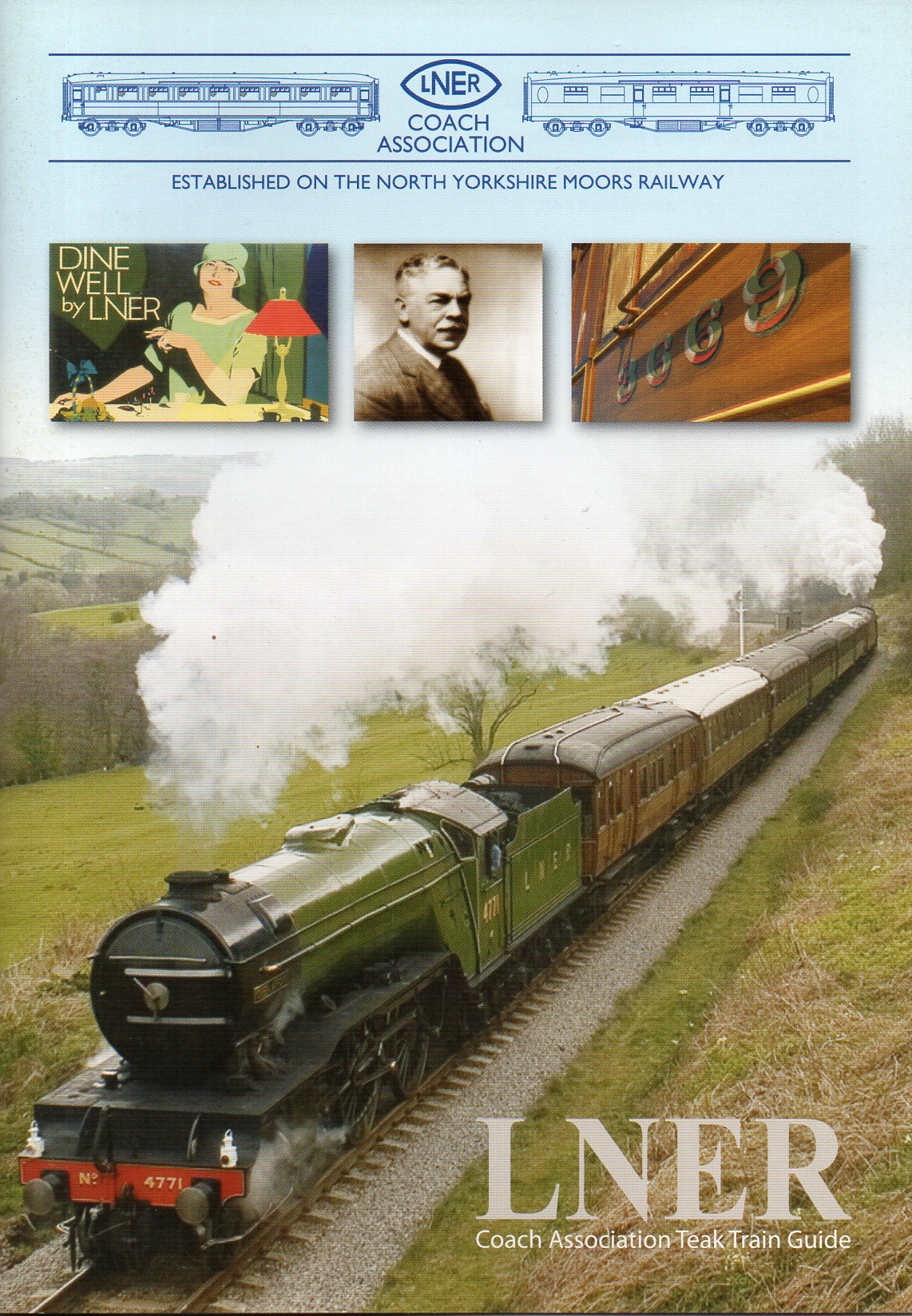 Presented in full colour this 24 page A5 size booklet gives an introduction to the LNER Coach Association and its work, featuring the carriages that have been restored to date and which run on the North Yorkshire Moors Railway, and also a glimpse of the projects that will occupy us for the next few years.